THIS PAGE IN PROGRESS

I'll be adding some pictures of the real pigeon-flyers, and the rest of the first chapter, very soon. Please check back. 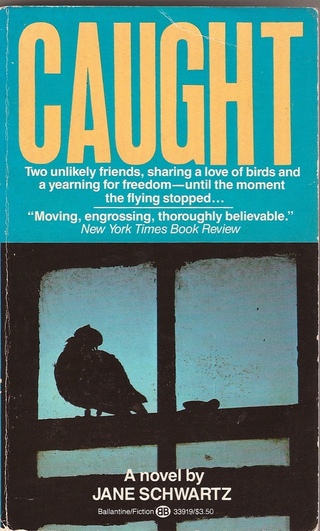 "There are no classes in life for beginners; it is always the most difficult that is asked of one right away."

The only reason they let me go up on the roof with them that night was because I was so small. Neither my brother Frankie nor his best friend Michael Corsini could squeeze through the trap in the main coop, and they needed to get someone all the way inside if they were going to steal Bennie the Egg Man's pigeons. Bennie the Egg Man was a mutt. Every pigeon-flyer in Williamsburg knew that. He had cheated Frankie and Michael more than once, and for weeks they had been organizing their revenge.

Frankie's plan was simple. He would drop me into the inside feeding area and from there I would climb into the smaller coop, which didn't have a door on it. Then I would start grabbing the pigeons as fast as I could and passing them out to him and Michael, who would be waiting with burlap sacks. When I was finished, they would reach down and pull me back out through the trap. We would go up on a Friday because Bennie played cards every Friday night while his wife went to bingo at St. Anthony's, up in Greenpoint. Everything was settled. Frankie asked me if I was afraid, and I said no.

But when Friday afternoon arrived, and the three of us were sitting cross-legged on the living room floor going over the plans a final time, Michael unexpectedly threatened to withdraw. He was worried, he said. He didn't want me to go. "She'll get scared, Frankie. She'll start crying or something." I started to protest, but Frankie signaled me to keep still. He let Michael ramble on and on until he ran out of steam. Then Frankie quietly reminded him about the punching bet, and Michael backed down. "Okay," he said, somewhat grudgingly. "I just hope she won't be sorry."

That was in October, 1958, when I was ten years old. So far, in spite of everything, I haven't been.