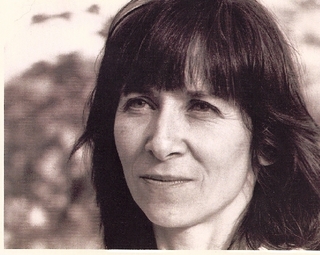 This is a place where you you can find out about my books and other writings, and even a little bit about me. I'll soon be adding links to some writers, artists, and various other people whose work I admire. If you are looking for more information about a particular book, click on its title in the SELECTED WORKS column on the right. You can also click on the heading MY WORK (directly above my photo) to find sample chapters from my books. From time to time I'll post shorter pieces (some published, some not)--maybe some of my favorite "Free Rein" columns from the Daily Racing Form, short essays, and poems.

NOTE TO ALL VISITORS:

I had recently taken my website offline to do an overhaul, but then got diverted, and will be having some unexpected adventures for the next few weeks. So, for now, I'm going back online with basically my old site up and running. There's a short bio, a few links (definitely more coming), and excerpts from my three books. I hope you'll come back to see the changes, including some new work. And email me anytime....the link is at the bottom of the column to your right.

Horseracing fans are usually busy this time of year, with the Triple Crown races (Kentucky Derby, Preakness, and Belmont Stakes) finishing up at Belmont Park on Saturday, June 9. In fact, both the industry and the fans are turning it up a notch this year because--once again--we have the possibility of a Triple Crown winner: the Bob Baffert-trained colt named Justify.
When American Pharoah (yes, that's how his people spell it) won the Crown in 2015, he ended a 37-year drought that had racing publicists pulling their hair out and some short-sighted pundits declaring that the rules should be changed, the distances shortened, anything to bring in a winner of racing's most coveted, most elusive, and most attention-getting award. Now, only three years later, we might have another one...